The 2019 – 2020 Snowbird Series keeps growing! For the first time in our history (of Tom Madden and Ben Lobaugh) we had six start classes. Well guess what? In February there were seven! And that seventh class grew to nearly need an eighth!

The February race was an interesting one. It started with a strong south wind, which became a westerly. The modern racers with asymmetrical spinnakers loved the West Point to Spring Beach broad reach! For a while… halfway through the leg, spinnakers hung slack across the fleet. The wind died out for a good while, then filled in from the north and the boats shoved off toward Spring beach again. On the way back, for a downwind finish, the wind was looking good, and then it died out. Meanwhile, members of the committee boat fell asleep while awaiting the racers’ return. Then, to add more interest to an already squirrelly bit of wind, it kicked back up and frothed the water into white caps! The boats finished strong.

Shortly into the race, a distressed fishing vessel drifted near the committee boat. Their engines were not starting and they were drifting towards the rocks of the marina breakwater. Lucky for them our ever-to-lend-a-hand duo, Harold and Larry, were on board. Olele’s dinghy was inflated and prepped and they went off to rescue the vessel. 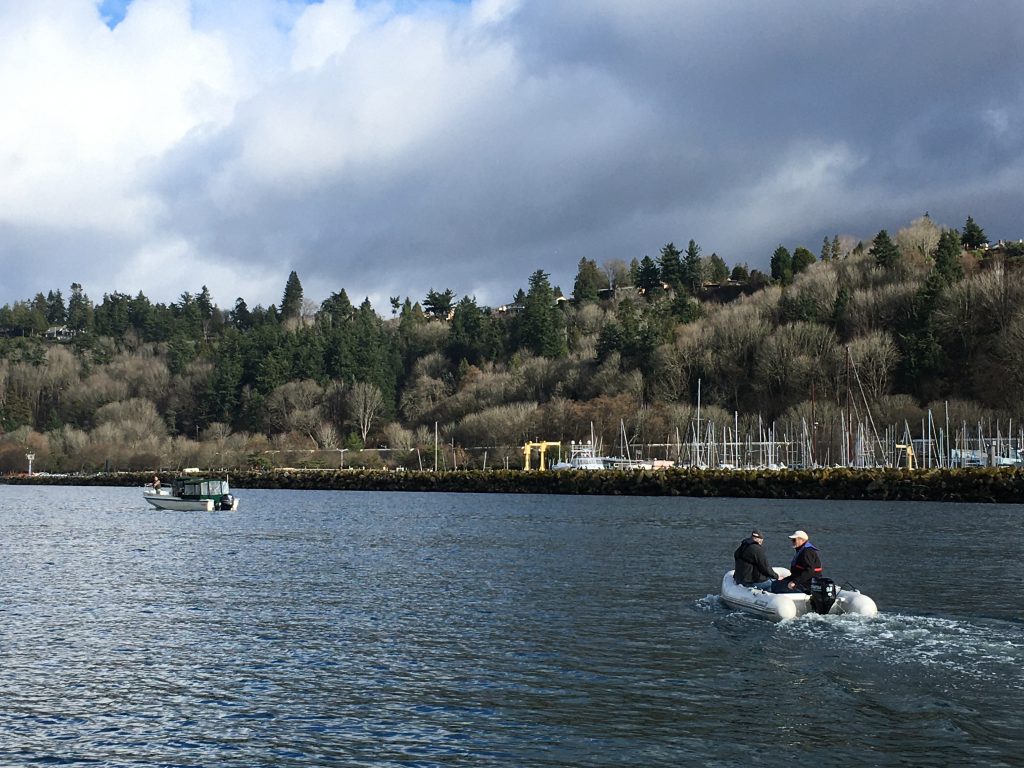 Next month’s race is on March 14. That is the final race of the series.

NOTE: THE MARCH RACE WAS MOVED TO THE 14th.