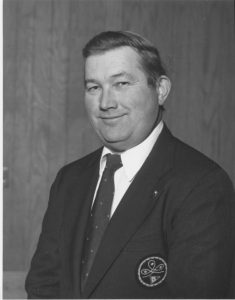 In keeping with John’s can-do attitude, was his large influence in shaping the welcoming nature of SBYC, and making it distinct from other clubs in the area. He will be remembered vividly by friends in and out of the club.

John was a Sea Scout in Tacoma, and a Husky Oarsman for the University of Washington.  John was a fixer, who solved engineering design problems with the Highway Department, formed his own company to build a mast for the family Buchan 37 and finished the interior with teak.  John went “through the chairs,” to become SBYC Commodore in 1984.

He served on the Race Committee and was the PHRF Handicapper/measurer and RC Boat operator for 20 years. John designed and built Olele, from the hull out, launching her in 1988, a year after he retired. Olele was the principal SBYC Race Committee boat before the interior was even completed. The boat was named after the area around Mats Mats Bay and Olele Point near Port Ludlow where John’s wife, Bonnie Klasell, grew up. In 2000, when it was “time to build a cabin on the beach,”  SBYC members Jerry and Pat Hillis purchased Olele, and still operate her as our Race Committee boat!

Say hello to Bonnie when she comes to a dinner meeting.  “We are grateful for the good times cruising and racing, whether on the water or off the water,” she said.  “The wonderful people in our lives mean so much.  We are so blessed.”

Rubie says that John was one of her most interesting mentors when she took on the RC Chair job on Olele in 1989. 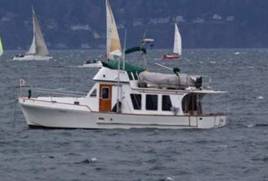 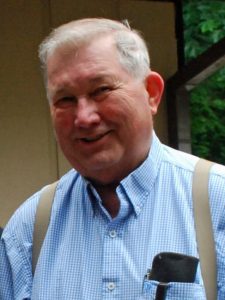 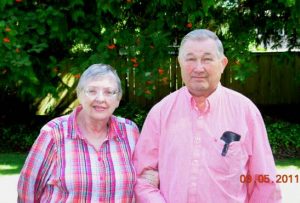