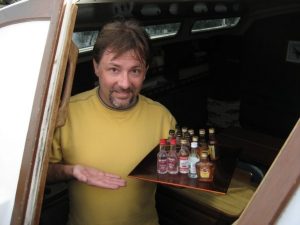 April showers (and snow flurries) bring May flowers.  As I write this, snow is in the forecast.  Let’s hope this is the last of it.  Perhaps I took the snow chains out of my car too soon.  We sure had a wonderful few weeks of cherry blossoms this year!  Was this longer than normal, or am I just too excited for spring and summer?  I love this time of year and the feeling of warmer weather boating, oh so near.

I am really excited for Yellow Fest this month.  We have a lot of RSVPs so far and it should be a great time, rain or shine.  I think this year’s cruising season is looking good with the plans in place for SBYC cruises and all the help from club members sponsoring cruises to help out.   I am happy with the board and committee we have this year to keep the club running smoothly.  I have been on the board many times in the past and have always enjoyed the volunteering and the people, making lifelong friends along the way.  I highly recommend you all try it sometime.  It’s fun and easy and doesn’t take much time.  Plus you get a lot of support from everyone.  So, as you can tell, I am starting a bit early to get you all to think about joining the board or serving in an appointed position in 2023.  Some committee members have been doing roles for years and we need to be fair and respectful to all they have contributed and give them a much needed break.  Next month we will nominate a committee to coordinate getting the slate filled for the November club elections.

I am happy to see we have so many potential new members looking to join SBYC.  Some have been attending our Zoom “dinner” meetings and some have also RSVPed for Yellow Fest.  I encourage everyone to make it a point to introduce yourselves and get to know them when you have the opportunity.  Let’s show them what a great group of friends we are.

If things continue to improve with COVID the current plan is to resume in-person dinner meetings in the fall, starting in September.  We have one more Rudderpost next month, then the board and Rudderpost takes time off in June, July, and August.  Our Vice Commodore, Tom, has done a great job lining up speakers for us this year and I look forward to what he comes up with for us in the fall.  If you have any ideas, you can always suggest topics and speakers to him.   In September we resume board meetings, the monthly Rudderpost, and the dinner meetings, hopefully  with actual dinner!  In the meantime, a great way to stay in contact with club events and members during the Rudderpost hiatus is to see info on the SBYC web site and to socialize on the SBYC Slack server.  Look for Slack invites in your email.

I’ll see you all at the upcoming cruises and zoom meetings!

“Sailors, with their built-in sense of order, service, and discipline, should really be running the world.”  — Nicholas Monsarrat

An Introduction to the Seattle Maritime Academy.

Mr. Dale Bateman will by our Speaker for this month’s dinner meeting. He is the Associate Dean for the Seattle Maritime Academy. He spent 22 years in the US Coast Guard on icebreakers, patrol boats in Maine, and aboard the USCG Sea Eagle, the Coast Guard’s three masted training ship.

Mr Bateman has extensive experience in marine education. He taught navigation and ethics at the Coast Guard Academy and subsequently became Assistant Director at the Maritime Institute of Technology. His role of assistant Dean at SMA began in 2020.

The Seattle Maritime Academy is part of Seattle Central College and has been an important part of the PNW commercial maritime industry for 50 years. Its mission is to prepare the next generation of professional mariners to fill vital roles in commercial and passenger transportation, commercial fishing, deep-sea sailing, and the workboat industry. They offer Coast Guard approved training programs, professional development and training for private and public marine industries, and continuing education for recreational boaters.

Dale Bateman is the Associate Dean for Seattle Maritime Academy, a part of Seattle Central College.

Following his retirement in 2014, Dean Bateman assumed the role of Assistant Director at the Maritime Institute of Technology and Graduate Studies.  While at MITAGS, he grew their deck apprenticeship program, enabling a partnership with Washington State Ferries to train mates in two years.  Using the same model, Dean Bateman led an effort in partnership between MITAGS and Seattle Maritime Academy to build an engineering officer apprenticeship curriculum.

Since his arrival at SMA in October of 2020, Dean Bateman has renewed the program’s approvals with the Coast Guard and expanded partnerships with companies providing internships to SMA students.  He and the staff continue to work to grow the offerings at SMA as the school and industry emerge from a long COVID-induced malaise. 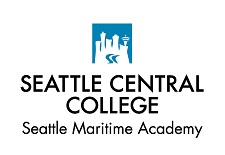 For more than 50 years, Seattle Maritime Academy, part of Seattle Central College, has been training mariners at its waterfront campus, located on the Lake Washington Ship Canal near the Ballard Bridge. Its mission is to prepare the next generation of professional mariners to fill vital roles in commercial and passenger transportation, commercial fishing, deep-sea sailing, and the workboat industry.

Although much has changed since the Academy welcomed its first students in 1968, maritime has remained a vital industry. And the events of recent years have created an unprecedented demand for qualified mariners. That’s where Seattle Maritime Academy comes in.

Students enrolled at the Academy can choose from two Coast Guard-approved training programs:

These one-year certificate programs provide a unique blend of classroom education, hands-on training, and at-sea experiences, both on board the Academy’s training vessel and during at-sea internship with the school’s industry partners. All classes are taught by instructors who are also professional mariners with extensive maritime experience. Over the course of the program, students acquire the knowledge, master the skills, and earn the credentials that are currently in great demand across all sectors of the maritime industry.

As part of Seattle Central College, Seattle Maritime Academy’s programs are an excellent value, with tuition and fees that are affordable and eligible for federal student aid, the GI Bill benefits, and a number of local and industry-specific scholarships.

In addition to its core maritime training programs, the Academy provides ongoing professional development and training to private companies, government agencies, military units, and other members of the maritime community. It also offers a changing roster of continuing education programs for recreational boaters. 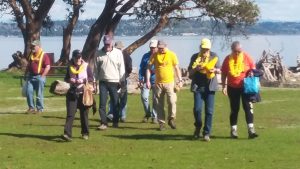 Our next exciting cruise is Yellow Fest on Friday, April 15th to Sunday, April 17 at Blake Island State Park.  Katie and Jason are sponsoring and organizing this year’s Yellow Fest cruise and they will be collecting your mini bottles at their boat, Flora, for the event at 2pm on Saturday afternoon.  We have the shelter with the fire pit at the point reserved all day Saturday, April 16.

The Evite has already been sent out for Yellow Fest with one more reminder a few days before the event.  So far, we look to have a great turn out!  Be sure to decorate your boats in yellow and don’t forget to bring your mini bottles for the hunt. There will be fun prizes. 🙂  ​​​​​​​

Please use our Slack group for up-to-date event info, to coordinate additional crew and passengers (if you have room on your boat), and to let us know your estimated arrival to help with docking in the marina.  I’ll send out another round of invitations to the Slack group before the Yellow Fest cruise.

Some Blake Island rules to note.

Following Yellow Fest, our next cruise, the Burger Burn, is May 14, at Port Ludlow.  The Mallorys have stepped up to sponsor and help coordinate this cruise.  We have the covered pavilion and 15 slips reserved at Port Ludlow for May 13 and May 14.  I urge you to reserve your slip now as they are held for us until April 22nd!  On that date they open back up for general reservations for anyone.  More details for this event will be sent out in the next Rudderpost.

Then in June we have the big cruise event of the year, the June Dinner Dance at Kingston Cove.  You can also reserve your slip now at the Port of Kingston (before May 27).  We will have this event at the Kingston Cove Yacht Club.  The Harry Castro Band is booked, and I am currently finalizing the catering.  More information on this event, including the cost to attendees, will be provided in the next Rudderpost.

As with all our cruises during these times, we ask that all attendees be Covid vaccinated and boosted.  Each boat skipper will, of course, provide guidance on mask wearing on their boat.

We still need sponsors to help with the Labor Day Weekend (September) and Salmon Bake (October) cruises this year.  Message me at cruisechair@shilsholebayyachtclub.org to sign up to help coordinate these fun events.

MAY 14 Burger Burn, Port Ludlow (Sponsored by the Mallorys) 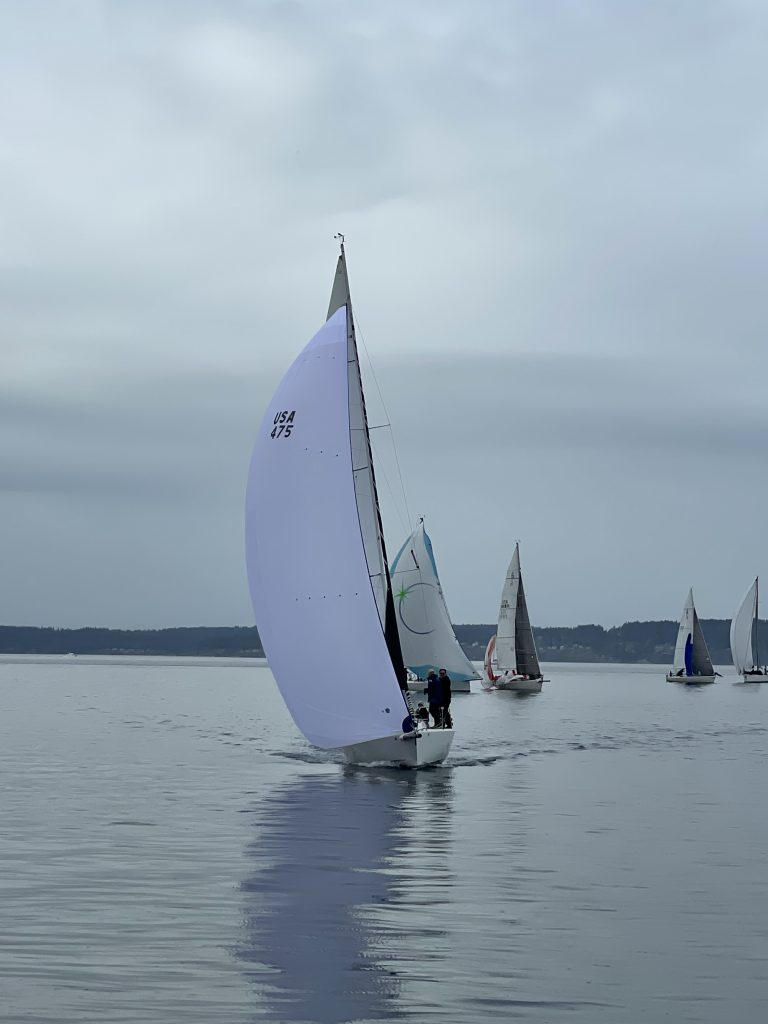 This season’s Snowbird is a wrap! We had a great time this series, even if the conditions were all over the place. We had gales, and no winds, and shifty winds. You name it, we had it. There were two separate aircraft carriers that came through, and even a submarine!

Races averaged about 23 boats, of all types, with lengths from 22 feet all the way to 44.

Series results are available at http://shilsholebayyachtclub.org/wp-content/uploads/entries_Snowbird-2021-2022.htm

With this being my last year as Race Chair, the final race was bittersweet. I have enjoyed running the show for the past few years. Tom Madden did a great job of running the program before me and left it in a solid state. With a growing family, it is time to pass the baton to the next Race Chair. If you are interested, let me or anyone on the board know. Training will be provided, and I will be available to assist for the foreseeable future.