Last May Duke’s Chowder House and the Port of Seattle announced the plan to open a new restaurant at Shilshole Bay Marina. Duke’s was awarded a 20-year lease to build the restaurant and an outdoor seating area overlooking the marina.

Duke’s has filed the official land use application to get started on the project.

The location of the planned 3-story building is the grassy area in the central plaza area, just to the north of the Leif Erikson statue and south of the marina building.

While the project won’t displace any parking spots, the restaurant’s construction — combined with the ongoing upgrade of the marina’s restrooms and a paving project — will disrupt parking at the marina. Restaurant construction is expected to begin around the middle of this year with the Duke’s grand opening slated for mid-2019. 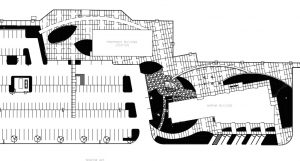